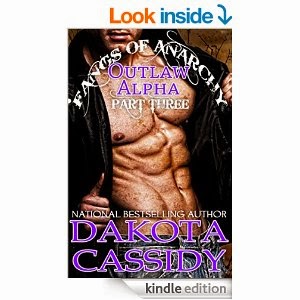 Until she’s drugged. And accidentally turned into a vampire. And accused of murder. Aaaand, because she’s clearly won the bad-luck lottery, targeted by a lynch mob.

With the help of her newly acquired vampire mate, the sexy and surly Liam McConnell, Freya’s on the lam, unable to trust her own foggy memories and desperate to discover who’s got it in for her. But a small-town enemy could be the least of her problems. Especially when someone truly evil comes calling…

*Author note: Dear readers, this is part three of approximately a five-part serial. You know what that means? That’s right—cliffhangers (cue evil music). But wait! Before you hate, I hear anticipation is good for your complexion, and even your hair. I don’t know if that’s true or just a rumor, but is it worth the risk? Nonetheless, I solemnly swear to keep the stories coming swiftly, so your heads don’t asp lode from waiting!

Part three of Fangs of Anarchy: Fugitives has Freya and Liam on the run.  I’ll try not to spoil anyone’s fun, but the town thinks Freya has done something heinous and she can’t remember what she did or did not do.  Hence, Liam gets them both out of town until they can get to the truth.

Freya is lucky to have her friend Claire and Liam looking out for her.  Claire if you will remember in Fangs of Anarchy 1 really knows how to find trouble and not be able to get out of it without help.  It’s nice to see her nut up and help Freya who finds herself in much the same predicament.

This book episode raised more questions than it answered.  Who committed the heinous act?  Who is trying to frame Freya and why? Why is Liam living so close to the Zone?  What is Liam doing for Courtland Dodd?  Why have they become so close?

Even though there are a lot of unanswered questions, Dakota Cassidy gives us a sneak peek near the end at who might have set up everyone.  We could be in for a couple of major plot twists in the next episode.

Again we are left with the mother of all cliff-hangers.  Hurry up and catch up in this series so you’ll be ready for the next episode!