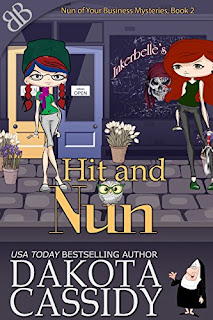 Title:  Hit and Nun (Nun of Your Business Mysteries Book 2)

Sister Trixie Lavender here! After a rocky start (read: murdered landlord) to our arrival in Cobbler Cove, OR, things have finally slowed down. Er…mostly. My demon buddy Coop and I, along with our sassy talking owl Livingston, have settled nicely into our newly opened shop, Inkerbelle’s Tattoos. We’ve met some awesome people, including new friends Higgs and Knuckles, and we’re forging friendships with our fellow business owners. And sure, we’ve had a few glitches (see Jeff), but we’ve found our groove, our clientele is growing, and everything’s pretty great. That is, until Portland’s World Naked Bike Ride finds us smack dab in the middle of another murder mystery! Yep, you read that right. Naked people. On bikes. It ain’t pretty. And even less so when a dead, bare biker lands right on our doorstep. But this ex-nun is prepared this time. There’s not going to be any fumbling-around-in-the-dark nonsense for this girl. No, sir. I’ve trained, sacrificed, studied… Okay. Not true. I’ve binge-watched a lot of police shows on Netflix. But I’m armchair ready, if nothing else. So ready! Now, if only the evil spirit possessing me would let me investigate in peace—and I don’t end up dead in the process. Join me, Coop, Livingston, and Higgs for another Nun of Your Business Mystery!

If you like your mysteries and paranormal fiction without a lot of superfluous sex scenes, then look no further.  This is a fun mystery series involving an ex-nun that is possessed and her best friend Coop that is a demon from hell.  Each book has a plot line that plays out in full by the end of the book, and then there is the underlying plot that will keep readers coming back involving Trixie Lavender’s possession.

Hit and Nun brought out a different side of Trixie Lavender.  Ever the optimist and ready to forgive is the Trixie from book 1.  In book 2 we see the cynical and pessimistic Trixie come to the forefront.  Trixie wants to help her friend Knuckles, but there are so many obstacles set in front of her during her amateur investigation it leaves readers wondering if the truth will ever come out.

Of course, the obstacles come with danger attached.  I found myself wanting to yell at Trixie like you would yell at the characters in a horror film.  The plot twists will leave you frantic and wanting to read faster.  N0t to mention the overwhelming urge to go to confession there are so many lies to uncover in this story.

Tune into this series now so you can journey with Trixie Lavender as she navigates her new secular status and all that it entails. 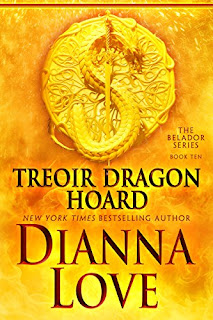 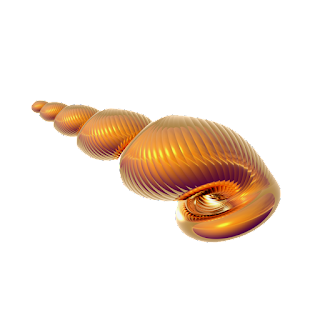 New York Times Bestseller Dianna Love's Beladors are back with Evalle, Storm, the dragon king and allies, all ready to face a conflict no one saw coming.  Two thousand years ago, someone stole the king's treasure from Daegan's father. An unexpected enemy uses this hoard to set Daegan on a path to his ultimate demise by dangling the one bait everyone knows the dragon king can't ignore--protecting one of his own. While racing to help a friend, Evalle lands in a trap where she's given the unimaginable choice to either destroy her dragon king or condemn everyone she loves to die. Even her Skinwalker mate, Storm, has no way to track her this time. Friendships and allies are tested as Atlanta erupts with preternatural exposure. Who will join Storm and Daegan to go where even a dragon has no chance of survival? With the enemy willing to gamble everything to take down Daegan, Evalle accepts her destiny, but on her terms. She never wants anyone to see what she's become, especially Storm. Destiny is not a choice, but a summons. The hourglass favors no one.

The Belador Series keeps getting better and better.  Each book brings new layers of plots, sub-plots, and schemes to the forefront. Dianna Love knows how to weave a story into a series that can keep going with characters that are engaging both to the heart and mind.

Treoir Dragon Hoard is book 10 in The Belador Series.  We learn more about Daegan’s past and how it has shaped who he has become.  Lots of favorite characters are back on stage in this book as they come together and clash while trying to find their missing friend.  Will they be enough to overcome the evil they face?

Don’t miss reading this book.  There are plenty of surprises both good and bad that will keep you turning the pages late into the night.  I absolutely loved it!
Posted by Siren Book Reviews at 12:23 PM 0 comments