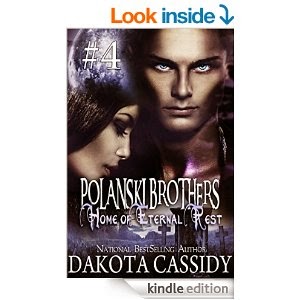 I won’t give away spoilers, but there were some discrepancies at a pivotal point in the book.  Even with the discrepancies, this is an episode not to miss.  If you have been following along then you will want to read about Spencer and Larkin’s HEA ending.
Posted by Siren Book Reviews at 1:36 PM 0 comments