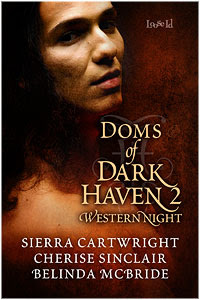 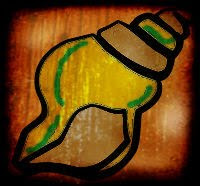 Shelby, a wanna-be sub, hasn’t found a Dom strong enough to push past her need to be in control. Her experiences as a sub have been yawn-inducing. She’s fantasized plenty, though, about Trevor Lawton, one of Dark Haven’s legendary, mouthwateringly firm Doms.

As the stakes get higher at the charity poker match, Dom Trevor Lawton is fascinated by the woman kneeling across the table from him. Problem is, she’s not a good sub. Oh, she tries, and she’s lovely. But she’s not very good at following orders. The woman needs a firm, unyielding hand...his.

When Holly left the Truckee pack, she left her family, her safety, and the two men she loved. Now she's in San Francisco training as a Domme at Dark Haven. She thinks she's found herself, but tonight, Tex and Hunter have found her. And they are not happy with their little wolf. She's been keeping secrets from them. Tonight, someone's gonna beg.

Real Doms terrify her, so Summer plays with lightweights only. And only in the safety of her club, Dark Haven. But on Western Night, the tough cop who wins her in a sub-roping game is as powerful as they come.

That one night could be the beginning, but instead it's the end. She won't play outside the club and he lives too far to come play. He'll just have to find a way to forget her...or get her in his ropes to stay.

Dom’s of Dark Haven 2: Western Night led me back into the lives of the masterful Dominant’s and the submissives they love.

In A Good sub Would by Sierra Cartwright, Shelby and Trevor started off the first of three fabulous stories. Shelby wants so badly to give up control and Trevor wants to be the Dom that shows her the joys of complete and total submission. I loved the play in this story. How Shelby wouldn’t submit to her long time friend, but knew she was being disrespectful enough for a Dom to call her on it. Trevor a good guy in the end proved just why he’s a great hero, not only as a dominant but as a friend who’d go out of his way to help a mate. The passion melted me in this story.

Hunting Holly by Belinda McBride was a tasty treat. Once again I got to go back into the lives of the Trukee Pack. Tex and Hunter have come to do a job and are faced with a new, young member to protect. While there they happen upon Holly and the gig is up. Holly knows she must face the two that she loves and hope they see she needs them both. Both men have guilt complexes from their captive days that prevent them from seeing what’s in front of them; a healed female ready to move on with her life. I enjoyed the deep emotional impact of this story.

Welcome to the Dark Side by Cherise Sinclair brought Summer back into the picture. In a story done before, I remember her being beaten by an abusive Dominant. I wondered if she’d be having a story of her own and was glad to see Virgil chosen and paired with her. I enjoyed his internal struggle with his need to dominate and the guilt it carried in correlation with his job and the community he lived in. Summer’s previous terror and inability to trust worked well for them, and I found a budding relationship growing that I’d hoped would sever the past and flourish for both whom desperately needed each other.