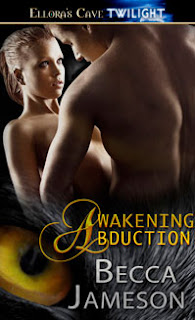 Awakening Abduction was one roller coaster read from beginning to end.  The passion between the hero and heroine scorched.  I’d recommend this read to any and every of my friends.
Posted by Siren Book Reviews at 8:13 PM