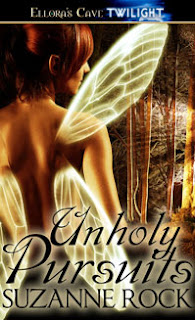 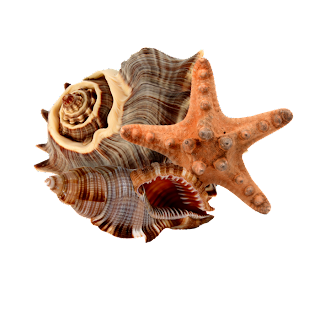 
Blurb/Summary:
Darien let his guard down once, and Arianne stole the demon stone from under his nose. Now he has to get it back, no matter what the cost. It doesn’t matter that the feisty redhead calms the voices in his head, or that her body tempts him beyond reason. Only the stone will ensure his survival. He decides to appeal to her feminine side and use gentle seduction to get it back. As he begins, something inside him changes and the voices in his head compel him to use pain to heighten desire.

As Darien’s touch turns dark, Arianne’s lust escalates and a connection forms between them. Yet despite her need, she can’t let the sexy FBI agent have what he wants. If placed in the wrong hands, the stone would release an unholy force intent on destroying everything she loves—including Darien.

If only he wasn’t so persuasive…


Review:
Arianne wants nothing more than to prove herself to her sister and her people. The survival of her species depends on her stopping the deahmon Lord, Bathin, from once again converging upon Celestial Wood and killing the Iatros.  The Iatros are protectors of the portal from Hell to Earth, thus keeping earth and her home, Celestial Wood, safe from Demonic rule.  She would do anything to protect the Iatros and the portal, even if it means mating with somebody who rejects the idea of bonding with her.  If she succeeds, she will be able to establish herself as a figure of strength and worth and validate her decision to turn her back to a life of royal comfort in favor of the life as a guard and warrior.  If she fails, death is imminent.  Her death, the death of her beloved mate, and the death of her people. In the beginning of the story, Arianne is written as strong, skilled, quick thinking fighter.  As the book progresses, her strengths are not built on and she seems to lose some of her character.
Darien is a charismatic but hardened FBI agent.  Great at his job, he is loyal to his purpose as well as his team.  His strong will keeps him from heeding Arianne's advice not to cross the portal into Hell where he is tortured by Bathin for months. While in Hell, his inner deahmon is awakened and strengthened because he touches the stone.  The one thing that keeps him from giving up is Arianne. Throughout the story, his connection to her is established and reinforced.  While he is in Hell, it is her image that keeps him fighting for his life, once he returns it is her touch that allows him to control the demon within.  Like Arianne, he has the drive to prove himself.  Their goal of destroying the stone, and ultimately Bathin, is the same.  Their ideas of accomplishing this task are very different.  He must learn to compromise and give himself over to Arianne mind, body, and soul.
The existence of a race and the security of Earth are on the line as these two individuals join forces to battle the evil that is Bathin and the deahmon race.  The chemistry between Arianne and Darien is unmistakable and the passion they share both sexually and in the pursuit of realizing their goals keeps the reader engaged.  Although I enjoy the tension the author builds and the descriptive scenarios of bondage and love making, I found myself flipping through pages in order to get back to the plot of the book.  The scales were tipped in favor of impassioned love making scenes where plot could have been thickened and character development could have taken place.  There just didn't seem to be balance.  A great book for the reader who enjoys erotic fantasy, a decent book for the reader who prefers action and adventure with amativeness woven in.