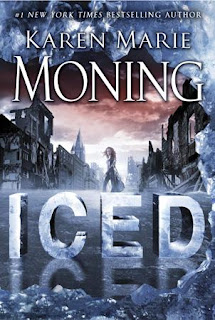 The rundown on the secondary characters. Jo. I hated her in the Fever series, and I hate her more now. Dependent, rose-colored glassed women always have that effect on me. The plot twist that encircled Jo and Ryodan’s escalated relationship had me sardonically laughing and railing at the same time. The only aspect I can see coming from that, Ryodan is using Jo yet again to manipulate Dani. Simple as that. Christian. Just ick. I understand the whole “becoming an Unseelie Prince” has to be a shock to him, but still. He has become psychotic, schizophrenic, ever-changing sociopath. But strangely, his heart, a tiny part of it anyway, just might be in the right place, in a very twisted sort of way. Kat—awesome insight into her introvert, unwillingness to lead, but does whatever it takes to succeed personality. Dancer. The perfect balance for a best friend. Intelligent, resourceful, and levelheaded, he is the grounding point for such a large character as Dani O’Malley. Lor—I’d said it during Fever, and I will say it now, more Lor! Something about his throw-back-to-cavemen-mentality, mixed with dark humor is highly entertaining. As for Mac and Jericho, they didn’t have much screen time, certainly not enough to see any progression in their characters or relationship. We shall see in Burned, the second Dani O’Malley book.
Posted by Kayden McLeod at 10:29 AM