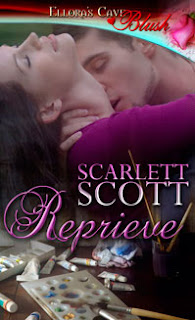 Blurb/Summary:
It’s been a year since Sophie lost her husband and daughter in a car wreck but time hasn’t healed her wounds. A desperate choice leads her to Trevor, the handsome stranger who saves her life and leaves her wanting more than just a few steamy kisses.
Trevor is content living the fast-paced life of a successful NYC entrepreneur. The last kind of complication he needs is a troubled woman like Sophie. But he’s immediately drawn to her even if his bachelor instincts scream for him to run.
As Sophie struggles to fight her growing feelings for Trevor, she’s torn between her past and the future. Somehow, she has to find the strength to finally let go and move on with a man who is everything she never thought she wanted.
Blush sensuality level: This is a sensual romance (may have explicit love scenes, but not erotic in frequency or type).
Review:
She's a woman suffering a double tragedy, losing two people she loves. As time moves forward, Sophie still has a hard time letting go. She can't seem to move on. She makes a very rash choice which then leads her to Trevor.
Trevor can't seem to forget about the woman he saved. He and Sophie end up working together and that leads to so much more.
Sophie's anguished emotions really show in the book. Reprieve is the story of Sophie coming to terms with what she lost and learning how to go forward.
I enjoyed this story for the most part. Through about half of the book, I really disliked Trevor's character. I know he was hurt by something, but that was no excuse for him to be so blatantly cold and rude to Sophie. Some of the things he said were harsh and horrible, and Sophie shouldn't have taken that. That's the only downfall I felt in this book.
If you enjoy heart wrenching emotional stories, then don't miss Scarlett Scott's Reprieve. Prepare yourselves, readers, for your emotions might get the best of you throughout this story.
Posted by Siren Book Reviews at 11:50 AM