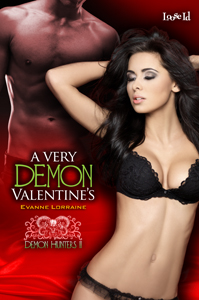 Author:  Evanne Lorraine
Rating:  Three And A Half Siren Stones 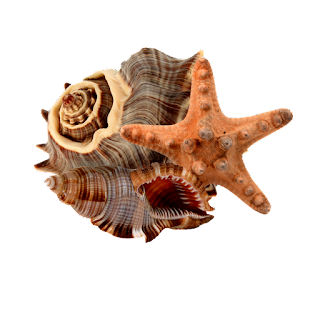 
Tagline: Being the outside isn’t a way that Miranda wants to live anymore, but will reaching for the one man that she wants give her what she needs or will a broken heart be her consolation prize?

Miranda has crushed on Tey forever. Demon biology, great timing, and a scarcity of female demons conspire to make mating with the earth demon irresistible. Saving Tey’s life gives her cart blanche to love Tey. If he loved her back she’d be thrilled, but he doesn’t even like her.

Tey avoids inhaling around Miranda because her scent is an aphrodisiac amping up his already out-of-control sex drive. Faced with imminent mating mania and Miranda’s proximity, he succumbs to temptation. After he bonds with her, his priorities change, but he’s determined to do the honorable thing and keep her from mating to him. If lust wasn’t fogging his mind and if he could keep his hands off her, then he might save her from a lifetime of regrets.

Mutual respect, trust, and lots of hot sex will eventually make two very stubborn demons realize how perfect they are for each other, if they can survive long enough for their own kinky little Valentine’s Day miracle.

Being a demon is one thing, but having to keep it hidden it something else entirely.  For Miranda it just goes with the territory, especially working in the human world.  On a good day Miranda would be able to handle any human or what they bring to the table, but when it comes to Tey Durron the rule book is thrown out the window.  Miranda has lusted for Tey since the first moment she say him and yet he has no idea that she even exists.  When Miranda is the only one who can help Tey from going rogue, can Miranda get beyond her hurt feelings over spurned love?

Tey is in big trouble.  Duec, owner of La Ceinture Noire and his best friend, has just put the biggest temptation right into his pathway with no way to get away from her.  Wanting Miranda has been a constant in his life; when everything started to go wrong he held onto the idea that one day he would be good enough for her.  If only he could prove that being a “mud guppy” didn’t mean that he was unworthy of her affection.  Will a night of BDSM and discovered feelings be enough to get these two together or will this story end unhappy for them both?

Evanne Lorraine has done it again!  After reading the first book I was worried that it couldn’t be topped by a second in the series and yet she was able to not only bring you back into the fold of the characters, but she also made me love her characters even more.  The story of Tey and Miranda was wonderful from beginning to end.  I will definitely be on the lookout for other books in this series, and these two will be rereads for me for sure.  If you are looking for a great love story with paranormal elements than this is the series for you.