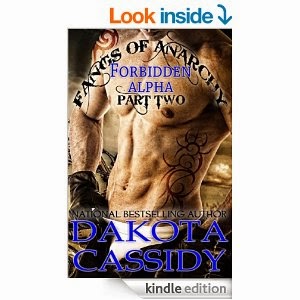 The story ends with another cliff-hanger keeping the reader on edge until the next episode.  Fangs of Anarchy as a serial has some great plot and character development going on.  Dakota Cassidy’s writing style and humor makes it easy to tune back in and pick up where the story left off.
Posted by Siren Book Reviews at 5:26 PM