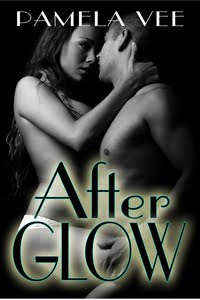 To save the males on her home planet, Lola Zentar was designed for one purpose only—to seduce a psychic, human male and steal his life force during sex. But from the second Lola discovers her chosen male outside a night club, she is compelled to betray her race and explore the sensual desires he has awakened. She refuses to put him at risk and flees despite knowing it means her death.

Investigative reporter Stefan Rodriquez smells a story behind the mysterious Lola. Could she have a connection to the men found burned to a crisp? But more intriguing are Lola's psychic abilities and deliciously alluring body. He follows her home, hoping to find his lead story and delve further into the connection Lola and he share.

When an emissary is sent to check up on Lola's progress, danger threatens the pair. Will Stefan survive to experience the After Glow in Lola's arms?

Lola has to save the life force of the men on her planet. But what happens when she meets Stefan and she isn't willing to take his life to save another? Stefan knows Lola is different, he has never felt this kind of connection with another woman and now that she has awakened him he doesn't want to go back. But together can their love save each other?

Pamela Vee has written a touching story of two people who were destined to be together and with each other by the love they have can conquer all. This is a first read for me by Pamela Vee but I did honestly enjoy her story and will be looking out for more works from her.