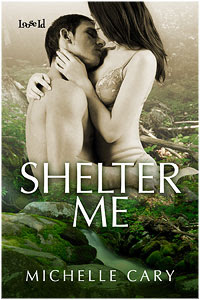 Previous Book: It Came Upon a Midnight Clear

As head of the Werner Dairy Farm empire, Teagan Werner has no time for nonsense in his life and even less time for love. When a sexy sable-haired vixen shows up demanding he sell some of his land to her non-profit organization, he's both incensed and intrigued by her display of strength and determination. Quickly it becomes apparent that ignoring his attraction to her won't work, but does he really know enough about the woman to trust her with his heart?

A former victim of domestic abuse, Kyrie Hart has seen her share of hardship and she's determined to give others the same opportunity for escape she had. Leery of men but stern in her convictions, she wants not only the property Teagan Werner owns, but the handsome millionaire too. When her resolve to help abused women collides with her need to follow her heart, Kyrie is forced to choose between her cause and her love. Her decision isn't easy and in the end might very well prove to be the biggest mistake of her life.

Shelter Me by Michelle Cary was one intense read. The visual setting reeled me in with the tranquility of small town comfort. I loved Kyrie and her passionate nature, and gusto at getting her way. I also enjoyed her lack of curiosity with the voyeurism happening between Talon and Abby. It showed well that she came from a rigid society.

Teagan may have been hard headed but from the beginning you could tell he had a good heart and was a dependable man, unlike Kyrie’s ex. As the story developed and I gained glimpses into the domestic abuse and was able to see Teagan’s ignorance, through it I hoped he’d educate himself or try to see what she went through in her eyes. They always say don’t judge a person unless you walk a mile in their shoes. The passion was smoking hot but the smoldering deeper emotions mixed with the physical made for a great read. The ending really had me drooling and thinking damn now that’s one lucky chick.