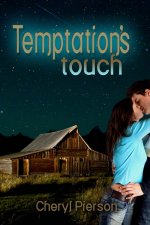 Two broken hearts find a second chance at love, but only if they manage to survive--

When Kendi Morgan witnesses an attempted murder near her home one night, she makes the only choice possible: help the victim. But bringing the handsome stranger into her home traps her in the middle of a deadly drug war.

Wounded DEA agent Jackson Taylor is a man with nothing to lose and nothing to fear--until he falls for a beautiful woman who risked everything to save his life.

With his sting operation gone awry, Jackson realizes he is all that stands between Kendi and a powerful drug lord seeking revenge. Can their newfound love survive? Or will Jackson sacrifice his partner's life and his own in exchange for Kendi's safety and their future together?

This was a bittersweet story; both protagonists came from horrible pasts.  As a DEA agent, Jackson’s story was especially difficult to read. The plot moved quickly, perhaps too quickly some might think but this story’s entirety spanned less than two weeks so, the reader must take that into consideration.

The attraction between Jack and Kendi spiked immediately; this reader had a difficult time believing they’d act upon that attraction as quickly as they did, given Jack’s physical limitation.  Oh well….lust! There were several nice plot twists, concerning Jack’s partner and the resolution.

This reader struggled with the graphic details of Jack’s past and of his torture under the hands of the drug lord.  While necessary to the story, be warned.  This was a quick and ultimately, interesting read.

Posted by Siren Book Reviews at 9:29 AM