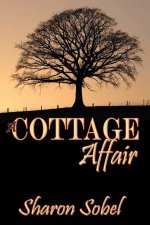 Small New England towns may bury their dead, but never the past.

With an art scandal threatening her future as a curator, Arden Alexander seeks refuge in the small colonial cottage owned by the women of her family for generations. But her handsome neighbor won't let her hide for long.

For years, Alex Wingate has hoped to incorporate the cottage into his plans for an artists' retreat, and Arden's arrival is his golden opportunity. But when they discover some undocumented history about their families and are drawn into a partnership, Alex's interest in Arden soon extends to much more than her property.

Before long, someone else finds the contents of the cabin too tempting to resist, and Arden and Alex realize they are fighting for their future as well as their history. As they uncover the past, can they also find the truth about themselves and their growing love?

This is a lovely book; well-written and obviously well-researched.  It’s also about 150 pages too long.  There was more than enough time to develop the characters, however, this reader felt like she was always coming from behind in knowing them.  There was always the feeling that the characters knew more than they were revealing to the reader so the reader was often left thinking, “What’s going on here?”

The formatting was also a bit of an issue; the reader often had to refer back a bit to determine whose dialogue was actually being read.  Quite frustrating.  A good love story with a bit of a historical mystery, but at 364 pages, more frustrating than not and just not worth plodding through to solve it!
Posted by Siren Book Reviews at 9:45 AM