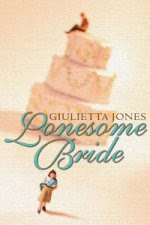 Dex Hardenborough has no choice but to consider Ethan Ransome’s offer to acquire her ailing stepfather's company. The lucrative Ransome deal would protect the jobs of faithful Hardenborough employees and spare Nicholas Hardenborough from criminal charges.

The deal includes a bothersome stipulation, however. Before he'll part with his precious pennies, the ice-eyed Ransome insists on marriage. To her. Taking advantage of the unexpected proposal from a total stranger whose motives are suspiciously slick, Dex agrees to become Mrs. Ethan Ransome. Determined not to dwell on the prospect of sharing her future--and his bed--with the tall, humorless tycoon. Or deal with those conflicting, primitive urges whenever he touches her, like wanting to nestle against him while she pummels his wide chest with a claw hammer. No. Best just to grit her teeth and present herself for matrimony at the appointed hour. Because she'll need every ounce of resolve to spring the next falsehood on him. The really big one.

A deal is a deal....What else is she to do? Dex reluctantly takes Ethan's offer. Who knew that love would be in the bargain?

Lonesome Bride is a comedy, romance, and a bit of suspense all wrapped up into one. The heroine and hero, Dex and Ethan, are as different as night and day. But being together, something magical happens, even if they didn't start out liking each other too much. Can either of them get past the secrets and the drama?

I enjoyed this story. It's fun, intriguing and different. I can't wait to see what else this author has in store. I would most definitely look for other titles by Giulietta Jones.

Posted by Siren Book Reviews at 8:16 AM