Something To Always Remember--To All Of Those Who Fight For Who We Are Today... 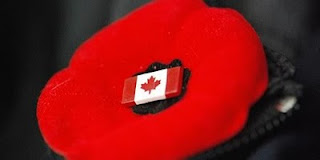 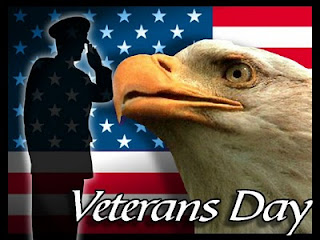 November 11th is one of those times that North America; both Canada and the United States of America have the same day of celebration—and remembrance.

It is the day that the Armistice was signed to end the hostilities, which took effect on the eleventh hour, of the eleventh day, of the eleventh month in 1918 at the end of WWI. Even though the tragic happenings continued on in other places, this is the official date that we now honour as the conclusion of the war.

Many people take a moment or two of silence at 11 am on this day to honour what was lost to so many.

In Canada, we celebrate Remembrance Day. This is a holiday celebrated by most commonwealth countries, to recognize the sacrifices of the armed forces in the times of war. One of the ways we do that is with the brightly coloured red poppy; a country-wide recognized symbol. You will see them everywhere; cadets standing proudly in front of stores and boxes of the poppies sitting on a table in a bank by donation, out in the open for all to partake in. We wear them upon our clothes by the thousands, a silent reminder to what this day means to us.

In the United States of America, president, Woodrow Wilson first proclaimed Armistice Day a holiday in 1919. In 1953, a shoe store owner, Alfred King wanted to campaign on expanding this holiday, to have the day in commemoration for all veterans. President Dwight Eisenhower signed the bill pushed through congress on May 26th 1954. On June, 1, 1954, Congress renamed it Veteran’s Day, as it has been known ever since.

Alfred King and those like him in both countries, show how appreciated the veterans are—and how hard the people they fight for will fight for them.

Some of us have lost loved ones, or have someone still defending the freedoms and rights we all enjoy today. It takes a brave and selfless person to set out to go there and do everything they can for us, even the ultimate anyone can give—regardless of which branch of military it is; the Army, Navy, Marines, Air-Force or another branch. They learn new skills and obtain a new sense of belonging. These men and woman grow stronger; both in body and mind, determined to better themselves and the country they serve.

The legacy of heroes is the memory of a great name and the inheritance of a great example. ~Benjamin Disraeli

They move past the uncertainty and fear of the what could be, and embrace the what is. They see the price of liberty, and are willing to do as they have to. These men and women sign their lives over, so we may live better, more prosperous existences.

A hero is someone who has given his or her life to something bigger than oneself. ~Joseph Campbell

It is our duty to remember them and honour their memory in every way we can. If our loved ones make the paramount sacrifice for their country, let it be known to them that they live on in the hearts of those same nations, who will always respect what they gave themselves for, and have for generations upon generations.

The brave die never, though they sleep in dust:
Their courage nerves a thousand living men.
~Minot J. Savage

On November 11th and any other day, we have to remember that North America as a whole is the way it is, because somebody out there believed in us enough to battle for it.

Posted by Kayden McLeod at 9:01 PM