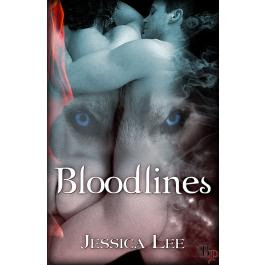 Tagline: For an alpha male wolf shifter promised to a female, coming out has never been more explosive.

Evin KinKaid, the only son of the KinKaid pack's alpha, has a secret. One that will tear his family apart. In one year, Evin is to succeed his father as alpha leader and continue the dominant bloodline of his family. There\'s only one problem: Evin is gay. When Evin is pushed into the bed of his intended female mate, he\'s forced to reveal the truth. And for an alpha male wolf shifter promised to a female whose goal is to one day be queen, coming out has never been more explosive. To Mason Thorne II, heir to Thorne Global Inc., life is a lie. To sustain his father's love, Mason has agreed to stay in the family business and to one day assume his place as CEO. Instead of reaching for his heart's desire, he's settled for a life he never wanted. But an unexpected auto accident will send Evin and Mason into each other's arms and down a path toward a destiny neither man can escape: an eternity sealed in blood.

From the beginning of Bloodlines I was captivated. Hatred sparked by a long vested friendship was crushing. I felt for Evin at the loss of a childhood friend and the tumultuous relationship within his family. Where stature is everything, Evin’s lifestyle didn’t fit and instead of accepting unconditional love, he lost it all. His strength is what drew me to him the most. He still made his way, found love oddly in Mason a human whose life mirrored his minus the shifter thing.

From there the story developed and mistakes were made. Confrontation couldn’t be avoided and seeking help from estranged family melted the rest of me. Love doesn’t come without sacrifice and Mason and Evin both proved their bond and love was strong enough to overcome any obstacle.

Thanks, Cia, for such a wonderful review. I'm so pleased you enjoyed Bloodlines. :)