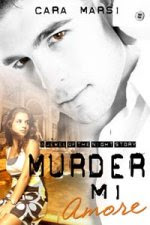 Jewels of the Night Series

Lexie Cortese is in Rome to forget. The last thing she expects is to meet a sexy Interpol agent who suspects her of being part of a terrorist plot involving a stolen diamond. Suddenly thrust into a world of murders, muggings, and kidnappings, Lexie doesn’t know what to think—or who to believe.

Dominic Brioni’s assignment is simple. Befriend the American and bring her to justice. Only Lexie seems like the most unlikely terrorist Dominic has ever met. Sweet, determined, and direct, she faces life with courage and fire, a fire that sparks his protective instincts and a longing for something more—something he allowed himself to hope for only once before.

But that woman betrayed him, and his boss isn’t about to let him forget it. With his career on the line and Lexie in danger, will Dominic learn to trust his heart before they both get killed?

All Lexie wanted was a relaxing vacation. What she got was another story. There were muggings, purse snatching, murders, and more. And meeting Dominic made her feel safe, or did he? He thought she was someone else, and he didn't tell Lexie the truth.

Murder, Mi Amore is an exciting adventure. Top notch romantic suspense! The whole plot of “they aren't who the other thinks they are” is always a blast to read about. With great pace, plenty of action, and sizzling tension, Cara Marsi creates an amazing suspense! And the setting, in Rome, I loved it!

If you like romantic suspense novels full of emotion, murder, intrigue and secrets, then Murder, Mi Amore is a book to add to your list.

Thank you so much for the wonderful review. I picked it up on Goodreads. I'm thrilled you liked Murder, Mi Amore. Thank you again.

You're very welcome! Thank YOU
for writing such a great book.
I look forward to more of your work

I agree! Cara is a terrific writer who spins such an exciting yarn. Nice review :)

I haven't read Cara's books, but this sounds like one to start with.