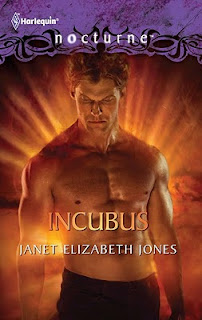 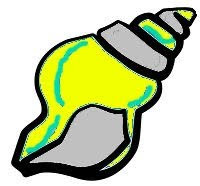 To save his kind, Meical Grabian agrees to participate in a dangerous experiment. One that takes his vampire's thirst for blood and leaves him hungering for something new. An incubus can be sated only with passion—but what woman could love what he's become?

Yet when Caroline Bengal finds him abandoned in a snowy wood, she senses his emotional turmoil and brings him to her desolate cabin. Caroline's compassion and earthy beauty tempt the hunger Meical has desperately been keeping at bay. And soon Meical is visiting Caroline's dreams, seducing his prey while she sleeps.

But another predator has set his sights on Caroline, with more sinister intentions. If Meical is ever to reveal his true nature to Caroline, he'll have to earn her trust…and keep her alive.

It is no surprise that I cut my reading teeth in the realm of horror. My world had been shaped by authors such as Stephen King and Clive Barker. Though I do read outside my favorite genre quite often, it is seldom that I come across an author who is able to grip my imagination and pull me into their world the same way as those I grew up reading. Today, I now have two that I can say have done this and Janet Elizabeth Jones is one of them.

Her book, Incubus, captured my mind and pulled me into her world of thrills, passion and needs. There is so much this book has to offer a reader, other than vampires, succubae and the run-of-the-mill sadistic humans out for revenge.

Foremost, I don’t think there was one character in her story that didn’t have a life of their own. They all meshed together in the story, but as you read, you become to know each as an individual person. Janet gave just enough back-story to each that it didn’t bog down the forward progression of the book but round out each life, giving the reader a sense of intimacy with her world.

To add to all characters playing a strong role in the story, her leads were woven together like Egyptian Cotton. This isn’t one of those romances where it’s almost equal to “I’m a guy, you’re a girl, ‘nough said.” Janet’s lead characters had individual needs that each could provide for the other, but they also contained deep-seated histories that (though they seemed clearly meant for each other) forced them to keep a distance from their inner desires. Meical and Caroline complimented each other with strong differences that proves the phrase “opposites attract.” Yet, Janet also creates aspects of them that tie them together in ways that nothing could separate them. Not even themselves.

Incubus took me only three days to read. The writing, characters, story, action and romantic elements kept me locked into the world of Meical and Caroline until the very end. If you are looking for a world to escape to, one that will make you feel like you woke from a dream in the end, then I suggest you pick up a copy of Incubus.

Posted by Kayden McLeod at 9:35 AM

Trinity, thank you so very much for this awesome review and wonderful honor. I am so thrilled!