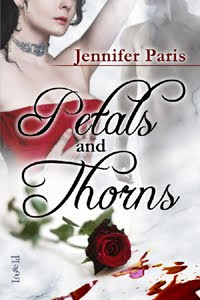 In exchange for her father’s life, Amarantha agrees to marry the dreadful Beast and be his wife for seven days. Though the Beast cannot take Amarantha’s virginity unless she begs him to, he can and does take her in every other way. From the moment they are alone together, the Beast relentlessly strips Amarantha of all her resistance.

If Amarantha can resist her cloaked and terrifying husband, she gains his entire fortune and will be allowed to return to her family and a normal life. But the Beast seduces her at every turn, exposing, binding, tormenting, and pleasuring Amarantha until she no longer knows her own deepest desires.

Increasingly desperate to break the curse that chains his humanity, the Beast drives Amarantha past every boundary. But her desire for a normal life may jeopardize the love that will save them both.

Amarantha is a shallow, naive twit when she first meets the Beast on her wedding day. Amarantha’s whole life, thus far, had been planned out by her father and sisters. She really hadn’t given her life or what she wanted from it much thought. The Beast changes all of that.

The Beast has chosen Amarantha, based on her picture, and now he has seven days to convince her to be his bride and wife in more than name only. He is tough and scary, but caring and loving as well. The Beast administers “punishment” upon Amarantha until she doesn’t recognize the woman she is becoming. He very effectively strips away all her inhibitions systematically.