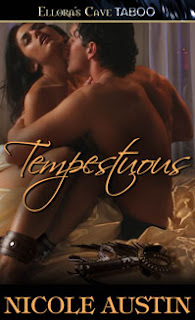 Summary:
Once a woman’s deepest, darkest desires have been exposed—whetting her appetite for taboo pleasures of the flesh—her unquenchable hungers will not be denied.

Been there, done that, seen it all—or so jaded Dominant Niko Kovalenko thought. Evie’s arrival on the scene reawakens long-dormant passions and ramps them up to a whole new level. She’s an exciting challenge, a dangerous temptation, igniting the compulsion to posses. To collar.

Evie is no man’s submissive pet. Niko strips her bare, sheds light on all her secret desires and weaknesses, but it’s still not enough for him. To win her man, she’ll have to confront her fears and find a way to bridge the distance between them.

Evie secretly has fantasies of things that she thinks are better off hidden. But when she is exposed to some of the things that she desires most, there is no holding her back.

Niko is bored; no other way to put it. That is, until he sees Evie, now he wants things he hasn't for a long time. Niko will not accept anything half way. He wants all or nothing.

Can Evie prove to Niko that she will fight for him, no matter what the cost?

This is a story that will be in you read again list for quite some time.

Posted by Kayden McLeod at 8:25 AM